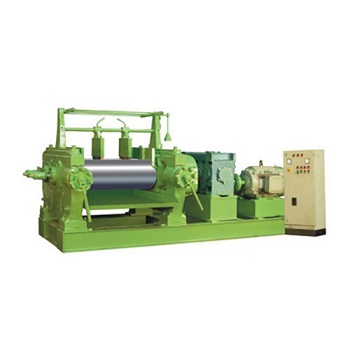 Rubber mixing mills are required by those factories which manufacture rubber products. Natural rubber is a substance which is gleaned from the rubber tree and forms the base compound for rubber products which are fabricated using the Unidrive Rubber Mixing Mill. This natural rubber is obtained by tapping rubber trees to extract the latex which is stored in the trunks.


This natural product is then transported to the factories where additional ingredients are mixed to create the rubber products that are finally available in the markets. Besides the hevea brasiliensis tree there are other natural sources of rubber found on the Malay Peninsula and the Panamas. Leaving aside the natural latex, there is a synthetic rubber which is manmade.


The first rubber mixing mill came into existence in the 1830s, when Edwin Chaffe developed the ancient version of what can be seen in the markets today. His machine had two rollers. The first machine was created to shear and mix the rubber by rotating the two rollers in opposite directions at different speeds. The two roll rubber machine is in use in most rubber factories of today.


Rubber mill essentially has two horizontally opposed stainless steel rolls which rotate in opposite directions at varying speeds. The rolls rotate towards each other, with one rolling faster than the other. The distance between the rolls is adjustable which can be altered by the operator according to the needs and demands.


The opposing rotation movement and variable speed produces a combination of shear and compression force on the mixing material. The roll rubber mills being open, it allows the operator to add ingredients during the mixing process. Since chemical reactions occur and heat is produced, generally one of the rolls is hollow to allow cool water to pass through the roll and cool both the roll and the rubber that is being mixed.


What is a Unidrive Rubber Mixing Mill Mean

A Unidrive Rubber Mixing Mill is a model that typically consists of universal nip roll adjustment facilities. It very essentially goes all the way through precision engineered coupling. This model is absolutely trouble free with a strong build, optimum quality and much more to its credit. Since it is in great demand, there are now many Unidrive Rubber Mixing Mill Manufacturers who can supply it.

There are certain features which make this model the very choice for a customer. There is no bull gear and pinion, minimum noise and vibration. The input shaft is directly integrated to the rear roll of the mill by means of gear coupling or chain sprocket coupling and most importantly very few parts to be maintained. S o quite a few number of Unidrive Rubber Mixing Mill Suppliers are into business now.

This entry was posted on May, 21, 2022 at 17 : 14 pm and is filed under Unidrive Rubber Mixing Mill. You can follow any responses to this entry through the RSS 2.0 feed. You can leave a response from your own site.